Journey of a Spender and a Saver: A Bumpy Ride 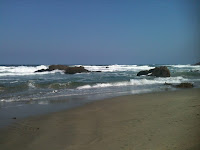 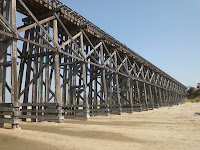 In the beginning of our relationship, my husband and I would have a big fight about money approximately once a year. It wasn’t that we were holding it in for a year, we would have little “discussions” about money often, but once a year there was a biggie. The first one was the orange juice (part I). The second big fight was over a pair of jeans that he bought in New York and we fought about all through Europe. My argument was that he wasted $20 because he bought the jeans with the intention of getting rid of them in a couple of weeks. His argument at the time, was that they were only $20.

The challenge was that our value of money scales were so different: The spender thinks that $5 is nothing and $20 is barely anything. Whereas the saver, keeps every penny, because it’s one cent closer to a roll of 50 and it all adds up.

Fast forward eight years, we’re driving out to the coast for our anniversary and I ask my husband to refresh my memory about this long lost fight. He recaps defensively. I realize that something is still bothering him about that fight. He doesn’t talk to me for an hour. Fun times. Then after he’s had time to think back and sort his thoughts, the truth comes out...I wasn't ready for this one.

He goes through all of the details again, along with the range of emotions that come when you’re angry, and finally lands on the real reason he’s mad – He thinks I’m a hypocrite! From his perspective, I was ragging on him for buying the disposable $20 jeans, when I bought a pair of leather boots that cost $127 (yep, he remembered) and the only time I wore them was on our trip. What he didn’t know was that when I bought them I planned on wearing them till they fell apart, but they ended up being horribly uncomfortable and made my toes go numb.

So, we talked about it for the rest of the ride… We now understand each other’s side of the story. And I’m embracing the fact that I’m a flip flop/barefoot girl and I accept that no matter how much I spend, the shoes aren’t going to be comfortable. So, I’m going to stop searching and save our money for something that we’ll both enjoy.

In short, these are the overarching lessons that we were reminded of:

Finance Gym offers personal finance coaching in professionally facilitated peer-advisory groups.
Are you ready to reach your financial goals? Get motivated. Get support. Get results!
Posted by Stacey Powell at 2:06 PM