Teaching Your Teenager about Money: Part I

This is an intermittent series on the foibles and successes of teaching my kid about money. 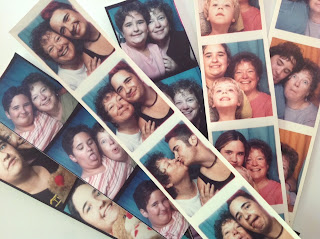 Here’s the truth. I did a horrible job of teaching my child about money. If you read "Telling the Truth", you know I’ve come to this work because I teach what I needed to learn. And when my kid was young, I’d pay her allowance sometimes, and then I wouldn’t. Sometimes it was because I forgot; but sometimes it was because I didn’t have $10. Or I thought I didn’t. And I never clarified what the allowance was for, because I had mixed feelings about the purpose of an allowance. [Note: Big mistake! Always be clear about what allowance is for. If it’s just because they’re a part of the family, be clear about that too. Tell them why you’re giving them money, or what it is they’re earning it for.] My mixed feelings led to vagueness and inconsistency. I gave her young formative mind so many mixed messages about money; I did it all wrong.

As she reached her teen years, I began feeling pressure to make up for lost time. I needed to teach her as much as I could, as fast as I could, to somehow make up for the years I didn’t have it together, and I needed to do it before she left for college.

How do you teach a teenager about money? Imperfectly. I started a few years ago by sharing our household spending plan. I’m sure she glossed over the dull areas like Shelter and Transportation, but I’m also sure she was the only kid in her class that knew exactly how much she had to spend on clothes and entertainment every month. She knew that every July we’d lay low on movies and art supplies, our typical entertainment expenditures, because our fabulous State Fair was happening, an event that we happily spent the entire months’ budget on.

I shared, but not too much. I began to weave in numbers where appropriate “well, it’s the end of the month, so we only have $80 left in our food budget for the month,” or “we haven’t been clothes shopping for a while, so I think you have $105 to spend.” She didn’t always need to know the numbers, but I think it made her feel a part of some of the mechanics of how our household worked, financially. And where possible, I’d include her in decisions. If we wanted extra money to buy more fun stuff at the State Fair, we made a joint decision about how much to borrow from September’s entertainment budget.


And, if she learned nothing else from my proactively sharing our household spending plan, she learned that it’s ok to talk about money. That it’s just a normal conversation; a part of everyday life.

Finance Gym offers personal finance coaching in professionally facilitated peer-advisory groups.
Are you ready to reach your financial goals? Get motivated. Get support. Get results!
Posted by Stacey Powell at 5:20 PM

Email ThisBlogThis!Share to TwitterShare to FacebookShare to Pinterest
Labels: allowance, ok to talk about money, teaching teenager about money